By: Dr. Jill Ratner, President, Hands Up for Haiti 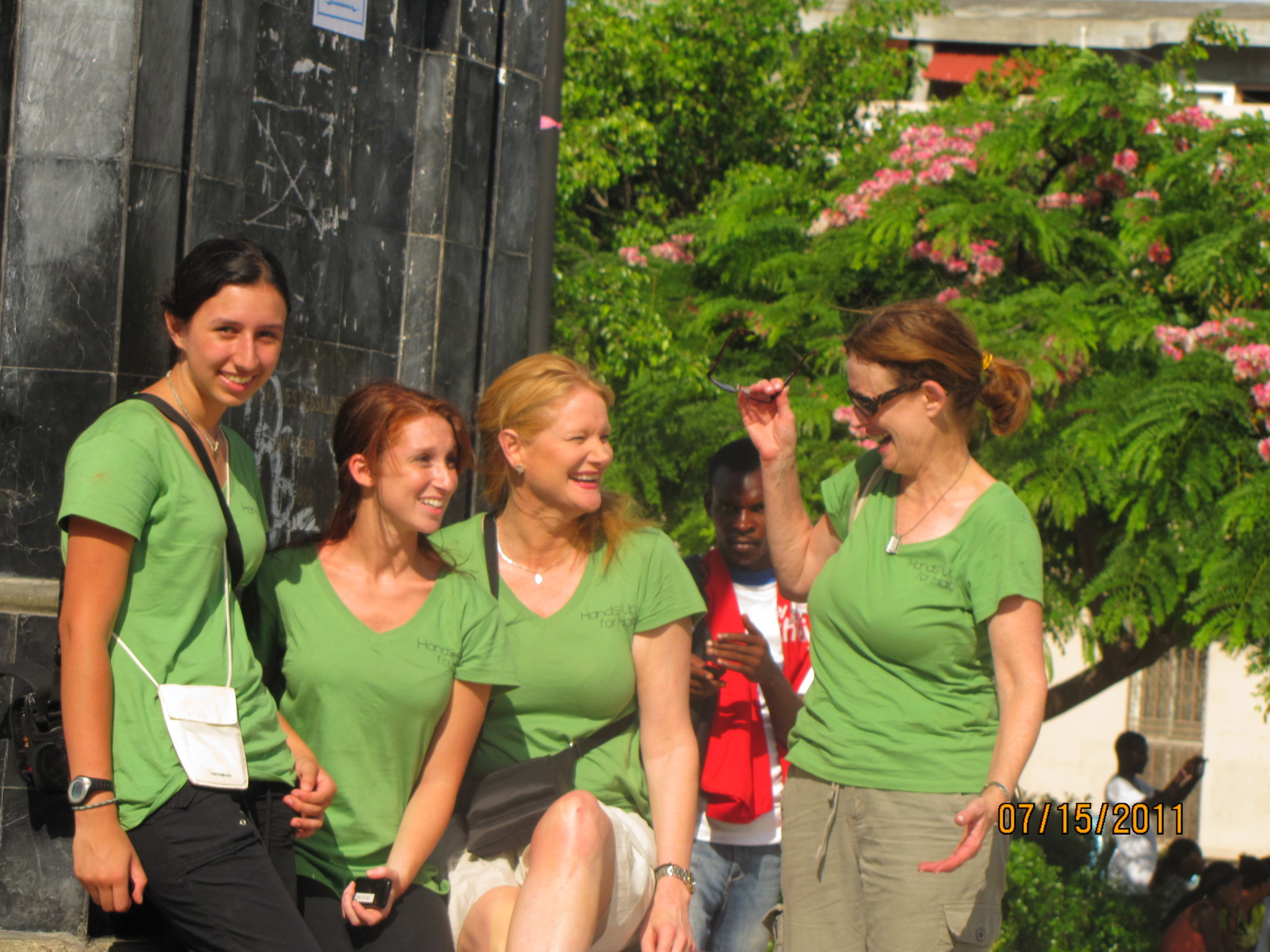 I opened my New York Times recently and my eye immediately went to a front page story entitled “Fighting a Cancer with Vinegar and Ingenuity”. I smiled, knowing what I was about to read.  I had just returned from a medical mission in Haiti doing just that. In the last 18 months I have become involved in an organization called Hands Up for Haiti that sends medical teams to northern Haiti.  During these week long trips, we provide medical care, introduce therapies, and conduct seminars for our Haitian colleagues. Being a pediatrician, with few tools and instruments- a stethoscope, an otoscope and a tape measure, I can accomplish quite a bit. But last July, I headed up an initiative with two Ob-Gyn physicians returning to the city of Cap Haitien and the clinics I had previously worked at seeing pediatric patients. Our mission: to set up a cervical cancer screening and treatment program for women. This would require nothing short of a miracle to acquire the necessary equipment and earn the trust of the Haitien community. 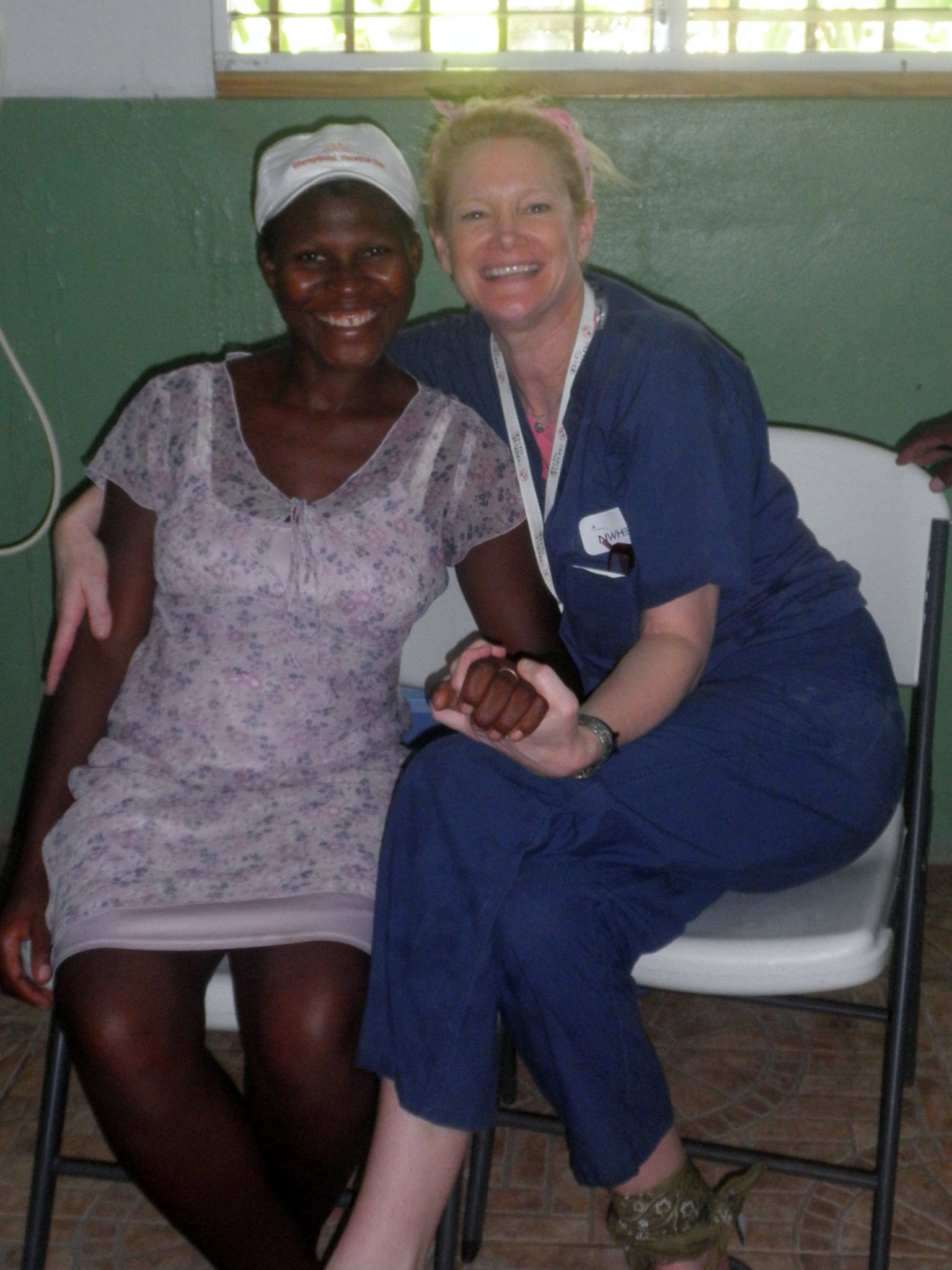 of the Gynecologists, Dr. Susan Malley had become very interested in the plight of Haitian women and the astounding numbers who die from cervical cancer without access to simple PAP smears to screen for this devastating disease. It is the leading cause of cancer death for women in Haiti and it strikes them in their 30’s and 40’s. Dr. Malley instantly began to research work being done in resource limited countries to screen and treat women for cervical cancer. She contacted Dr. David Wormer who has been working in Haiti on this issue for the past ten years. Dr. Malley flew to North Carolina to meet with him and he was excited to share his research and experience with her.

Sue’s enthusiasm and belief that this screening was do-able on our upcoming mission, led us to acquire a cryo-machine donated by

an office in the community. To educate our Haitien colleagues in this technique, Dr. Malley prepared a power point presentation on this diagnostic and treatment technique for cervical cancer, identifying abnormal cells with application of vinegar and then freezing those cells with cryo-precipitate.

When we arrived in Cap Haitien in July, our team of nurses and doctors were determined to make this happen. The next obstacle was obtaining a nitrous oxide tank.  After inquiring of many gynecologists and other health professionals in Cap Haitien, we discovered there were no nitrous oxide tanks in northern Haiti, The closest distributor was in Port au Prince, a city still recovering from the devastating earthquake. The broken pavement and dirt roads are treacherous and the drive is seven hours each way.

Having established a network of support, I sent out e -mails to everyone I knew who worked in Haiti. My plea for help was answered by Richard Dubin, a man who operates the shipping and receiving dock in Cap Haitien. He found a truck coming weekly f 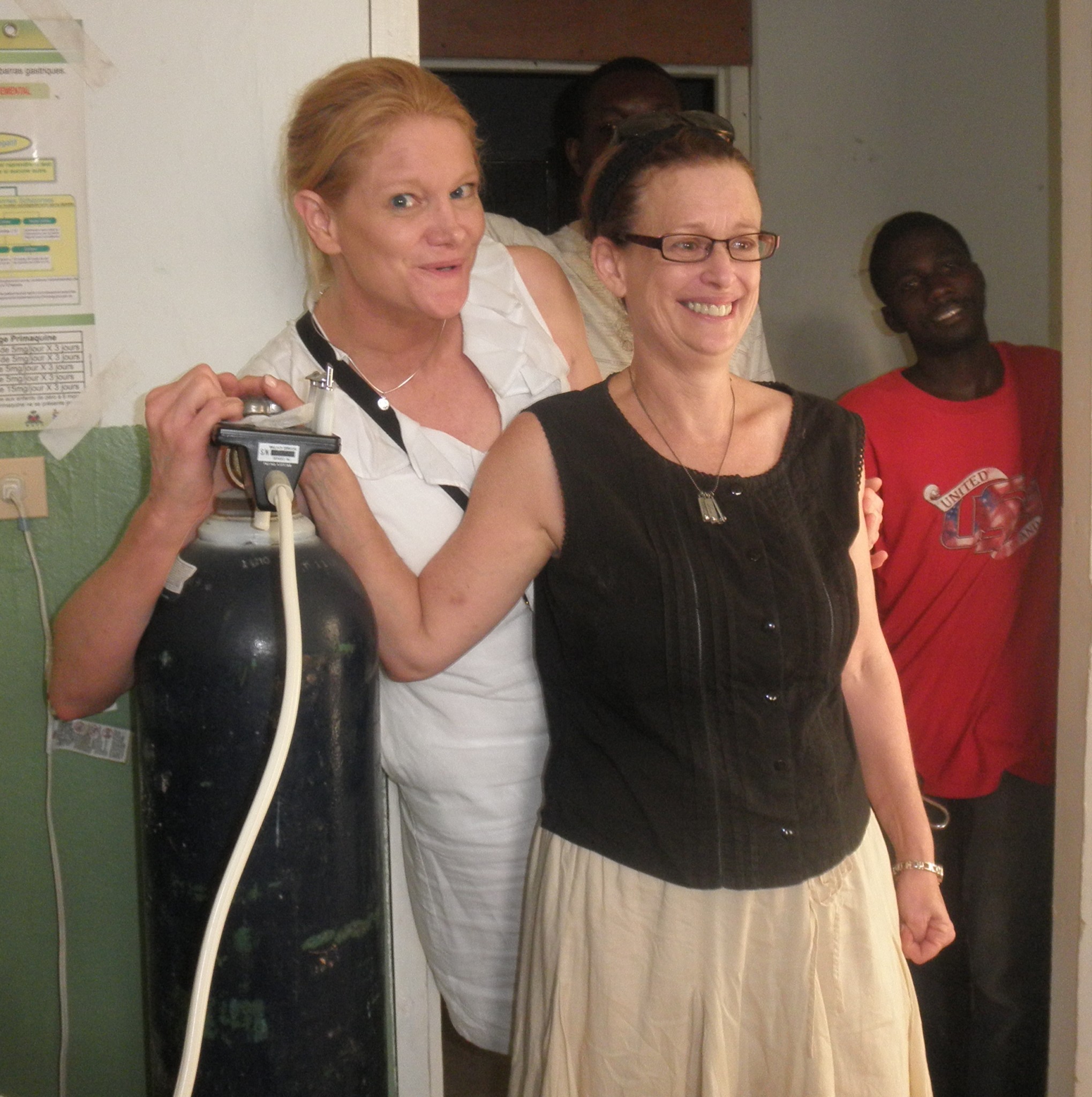 rom Port au Prince, and fronted us the money to pay cash for the tank, nitrous oxide and the transportation.  The tank was ordered and brought to Cap Haitien, we picked it up in a borrowed car from other health care workers, who transported it in the back of a Kia where it was transferred to a pickup truck and brought to the clinic.

I then walked through the streets of Cap Haitien and purchased as much vinegar as I could find, and bleach for cleaning instruments. Even after all of our efforts, we had no idea if the connection between our cryo machine from the US and the nitrous tank from Port au Prince would fit. We held our breath, knowing we had made every 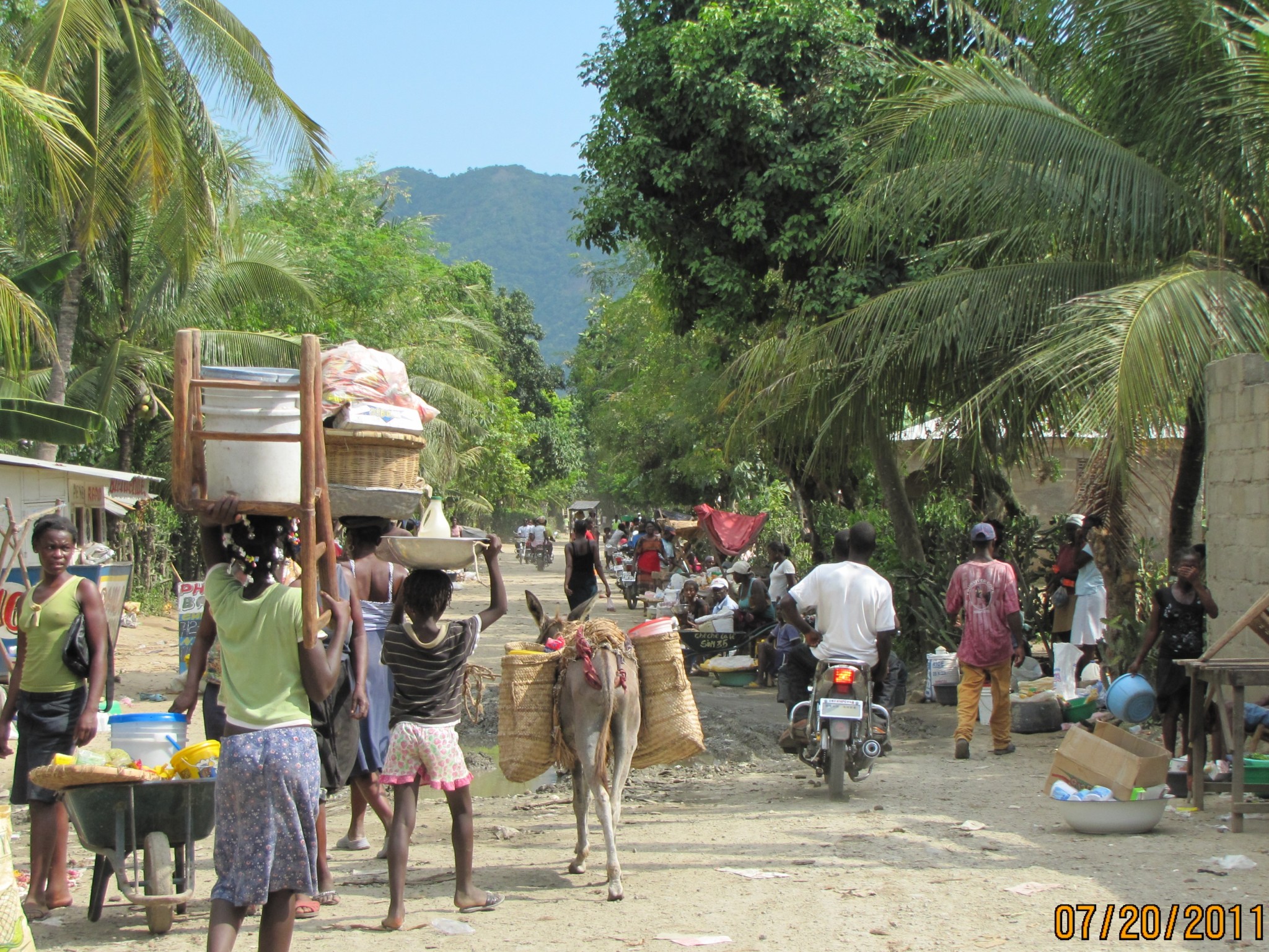 effort. To all of our delight, it fit. It was a magical moment, bordering on miraculous after weeks of struggling to make this happen and overcome the obstacles which are inherent in practicing medicine in Haiti.  Dr. Malley and her colleague, Dr. Julie Dunne, were able to screen 100 women that week, and treated 20 for suspicious lesions. We worked brought this life saving treatment to a clinic in a devastated slum area in the city and a remote farming community outside of Cap Haitien. Not one woman refused the exam. And despite the pain involved in the procedure, not one woman complained about discomfort. These women who had never seen a gynecologist, or had an internal exam trusted us and realized what we were there to accomplish.

This was the first time such a treatment had been offered in the Cap Haitien area. Dr. Malley was then able to go to the teaching hospital, Justiniene and teach the physicians and residents about the procedure.  We were able to leave the tank, the nitrous oxide and the cryo machine in their capable hands, with plans for future trips to continue this work, along with our Haitian colleagues.

In this lifetime as a physician,  we each savor a moment when we can say we have made a difference. All the work it took to making this happen was well worth it for the twenty women who won’t die of cancer because of us, and for the innumerable women who won’t die in the future as the technique is perfected and utilized by our Haitian colleagues. 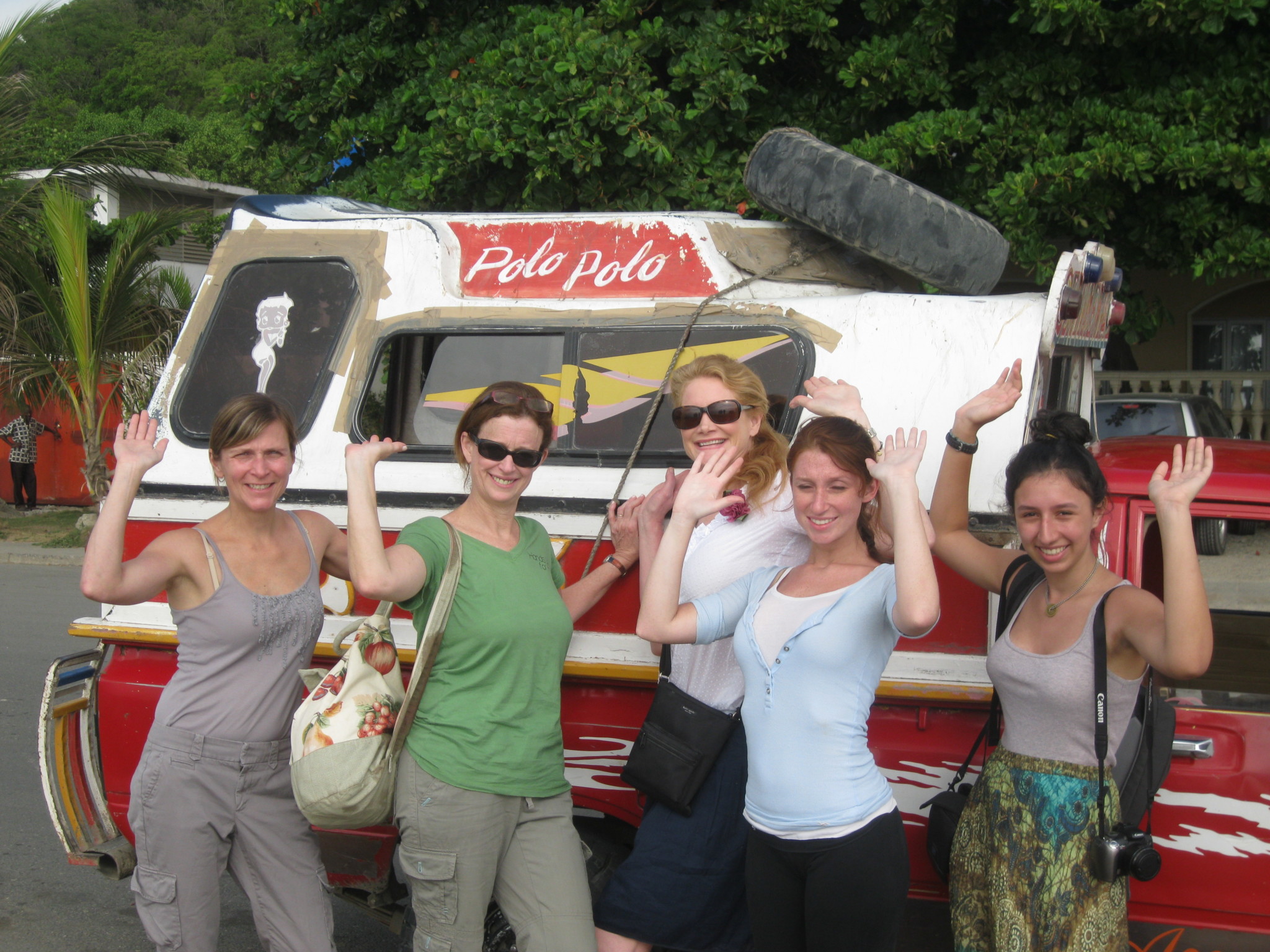 Hands Up for Haiti