Karen has had a varied career in both law and business. After earning her BA from Cornell University College of Arts and Science, she graduated first in her class from Fordham University School of Law. Karen clerked for a federal judge in the Southern District of New York, practiced civil law, served as president of her school board during a difficult time in her community, and opened and operated her own business, a fine art and crafts gallery focusing on fairly traded and ethically sourced artisan crafted goods. She has always been a passionate volunteer and life-long social justice advocate. Prior to being appointed Hands Up for Haiti’s Executive Director, Karen served as the Director of Programs and Operations. Giving back, fighting for a cause, standing up for others…..it’s part of who she, and every member of her family, is.

Thermitus is a trained pharmacist, and holds diplomas in this field. He is also an accomplished interpreter, speaking Haitian Creole, French, English and Spanish. Before being appointed In-Country Executive Director, Thermitus worked for HUFH as our Assistant In-Country Executive Director and before that, as a translator, pharmacist, volunteer coordinator and as our Haiti Village Health Site Administrator where he managed the guesthouse and clinic at our Global Health training site. He has organized the community to clean large areas of the beach, polluted from offshore, stressing the connection between the environment and heath. He is very dedicated to the people in his home village of Labadee, where he has set up community projects for youth. He is a talented artist and musician.

Fritznel, an attorney by education, has a varied background and a diverse skill set. Certified in customer service, crowd management and technical first aid, Fritznel handles communication and ONG administration and is the Coordinator of Emergency First Aid in Labadee, a farming village outside of Cap Haitian where he was born and raised. Fritznel worked as an interpreter for about 10 years. He first began working with NGOs in 2007, when he served as General Secretary of Heart Together for Haiti, followed by a position as logistician for the Computer Center for Kids. After working for Royal Caribbean Cruise lines, Fritznel joined HUFH & HVH, a former partner of HUFH, as coordinator of the Sante Pou Yo Clinic of Bas-Limbe. After earning his legal degree, Fritznel was named HUFH Legal Liaison and Manager, serving as HUFH’s in-country general counsel and director of human resources and recently became our Assistant In-Country Director.

After earning her medical degree in 2009, Rose-Laure served as a generalist physician at Promoteur Objectif Zerosida, with Médecin Sans Frontières/Doctors without Borders, and at Orphelinat Maison D’Espoir. She currently serves both as the physician in charge and medical director at the Shada Clinic and as the Head of Rehabilitation Services at Hopital de la Convention Baptiste D’Haïti (HCBH), one of our partner hospitals, and she is the liaison between both to ensure that patients referred by HUFH receive appropriate follow up care. As HUFH’s in-country medical director, Dr. Jeanty provides direct supervision for all of our health care programs and direct care to the patients in those programs. She also leads the in-country medical outreach team, bringing mobile medical clinics to communities who have no access to basic health care. 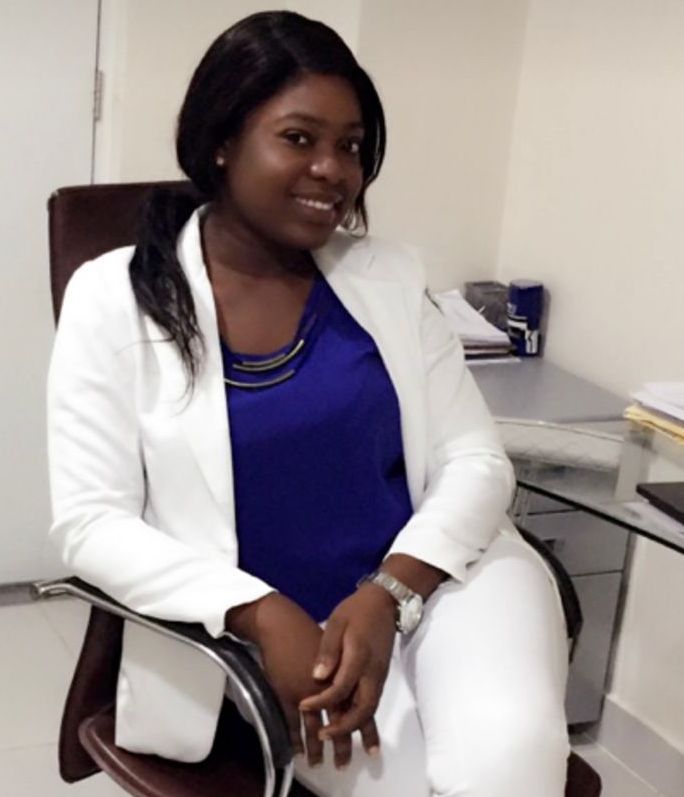 Dr. Ortelus graduated from medical school in the Dominican Republic, and immediately returned to Haiti to do her social service residency at Justinien Hospital, the public hospital in Cap Haitien. Dr. Ortelus takes care of patients in our Malnutrition, Well-Baby, Hypertension and Mobile Santè programs, and works with our obstetrician in our Prenatal program. In Dr. Ortelus’s own words: “I started volunteering with Hands up for Haiti early this year. I am passionate about helping people in need with an open heart and lots of love.“

After earning her diploma in nursing sciences at Roi Henri Christophe in Cap-Haïtien in 2014, Verline continued her training with courses in, among others, Helping Babies Breathe and Helping Babies Survive, prenatal ultrasound, vitamins, high risk pregnancies, sickle cell anemia and hypertension, emergency medicine, HIV/AIDS, cholera and pharmacology. Verline worked and trained in several hospitals including Fort St. Michel, Grande Rivière du Nord, Bon Samaritin du Limbé, Trou du Nord and the Health Center of La Fossette. Verline began volunteering with HUFH in 2015 as a nurse in charge of one of our malnutrition program sites. In 2019 she was appointed the head nurse at the Shada community clinic, a position in which she continued when the Shada programs were moved to the HUFH office. As our newly appointed Director of Nursing at Hands Up For Haiti, Verline coordinates all nursing and TSK activities related to the well-baby, prenatal and malnutrition program and supervises the TSKs and program nurses at each of the sites; she is also the nurse-in-charge of our prenatal program, offering direct care and education at three sites.

After graduating from l’UNACH, the Université Académique of the North of Haiti in 2014, Nurse Guerline Robillard completed her internship at Bethesda Hospital as a nurse clinician. While at Bethesda, she served as a peer educator. Guerline continued her nursing training in maternal/child health at the Health Center of La Fossette, in community health care at the Monbin Crochu Health Center and received a certificate from Vitamin Angels. She also earned a certificate in computerized accounting from INFONDA (the Vincent Foundation). Guerline joined HUFH in 2017, working in our Hypertension and Malnutrition Programs as a nurse and program manager. She was appointed the Assistant Nursing Director in early 2021, with supervisory and program delivery duties. 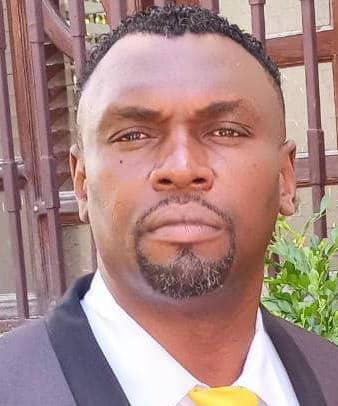 Miguel-Ange first began working at the Shada clinic in 2008 as a volunteer. He began to work for HVH, now merged into HUFH, in 2011, and for HUFH in 2012. Miguel-Ange studied political science at the Police Academy in Port-au-Prince, information technology at Dominicano Haitiano Centro Tecnologico in Cap-Haitian, and NGO administration and accounting at AHEC School in Cap-Haitian. Commenting on his role as the Malnutrition Program director, Miguel-Ange says: “In my role, I hope to make the program go better. I’ll work to improve it, but I need your help to do so.”

Miguel-Ange recently returned to school and earned his degree and license in Psychology at the Franco-Haitian University of Cap-Haitien. How will Miguel-Ange’s training as a psychologist help him and HUFH help his community even more in a country where Mental Health help is severely limited? In his words, “I can help children and adolescents who have suffered physical and psychological abuse, sexual abuse and neglect. I can psychologically support pregnant women and people who have been traumatized. In short, where there are people, I will work. . . I’m happy because HUFH has accompanied me to get this far.”

Miguel-Ange commitment to helping his brethren has inspired him to continue his education even further: he was granted a scholarship to continue his studies in a Master’s degree program in Clinical Psychology. Currently, in addition to his roles as Program Administrator and Supply Chain Manager, he will be serving as a Psychologist for HUFH moving forward.

LaMar is a finance professional at IBM. Currently the Chief Financial Officer for IBM’s Brokerage Services (formerly Gravitant), LaMar has worked in many capacities in both finance and accounting at IBM. He graduated cum laude with his degree in accounting from BYU’s Marriott School of Management in 2002. Over the years he has worked as a volunteer with many service organizations including Big Brother/Big Sisters, YMCA, as well as various soup kitchens, hospitals & schools. He has served as an assistant Scoutmaster for a local troop of the Boy Scouts of America for over 6 years. He became involved with Hands Up for Haiti through his wife Amy, a Nurse Practitioner, who is a founding member, and, before he assumed his current position, led the organization’s growth first as its Executive Director and then as its Chief Financial Officer. 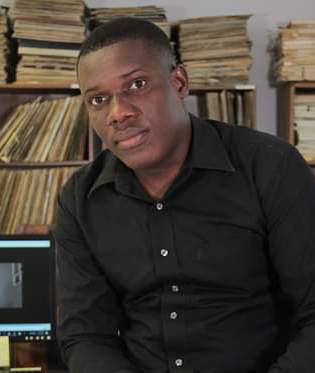 Nurse Practitioner Antoine has extensive experience in pediatrics, trained at and working at clinics throughout the Cap Haitien area. As head of HUFH’s Well Baby program, she monitors the growth and development of children from birth to 12 months, checking the babies regularly. She also provide special support for premature babies, babies born weighing less than 2.5 kg, and twins. She treats all of the children in the program, educates their parents on how to care for their children and ensure their health, and, when necessary, refers babies to partner hospitals using HUFH’s Emergency Care fund. The TSKs visit families regularly to make sure they are doing well. In Nurse Antoine’s words: “I love the work that I do. This program is greatly appreciated by the people we serve, who otherwise wouldn’t get care for their babies. Parents always show their gratitude. So many benefit.”

Frantz is currently studying civil engineering and advanced mechanics at the University Roi Henry Christophe (URHC). Before joining HUFH, Frantz worked as a maintenance technician at Club Med Hotel in Turks and Caicos. Frantz, who speaks Haitian Creole, French, English and a little bit of Spanish, started with hand up for Haiti (HUFH) as a translator for visiting teams, where he worked closely with our water well group and where his talents as an educator and an engineer became clear. Frantz has been our Community Water Program Director and Community Educator for the last several years, overseeing the construction of six water wells and the maintenance of 13, and educating the communities on safe water and well maintenance.

Rolex travels to local schools to provide health education to Haitian youths, who will in turn go back to their communities to share what they’ve learned. In Rolex’s words: “I work at HUFH in the field of education and training for children and young people. I am obligated to help others as a teacher to raise awareness so that one day things will change. We will continue to educate the youth for a better Haiti because they are our hope.”

Dr. Nelly Osias earned her medical degree from La Escuela Latino Americana de Cuba in 2006 and completed her residency in OB-GYN at Justinien Hospital in Cap Haitien, where she is currently an attending physician. Nelly had a dream: to rid the women of Haiti of the scourge of cervical cancer. More women die from cervical cancer in Haiti than from any other type of cancer, with an estimated 1,500 preventable deaths each year, the highest reported incidence of cervical cancer of any country in the world, 50 times higher than the rate in the United States. That is because, until now, pap smears or other screening programs, taken for granted in the developed world, has been unavailable to most Haitian women. To realize her dream, Nelly collaborated with HUFH to establish our cervical cancer screen and treat clinic in Limbe, just south of Cap Haitien, where she has screened to date thousands of women.