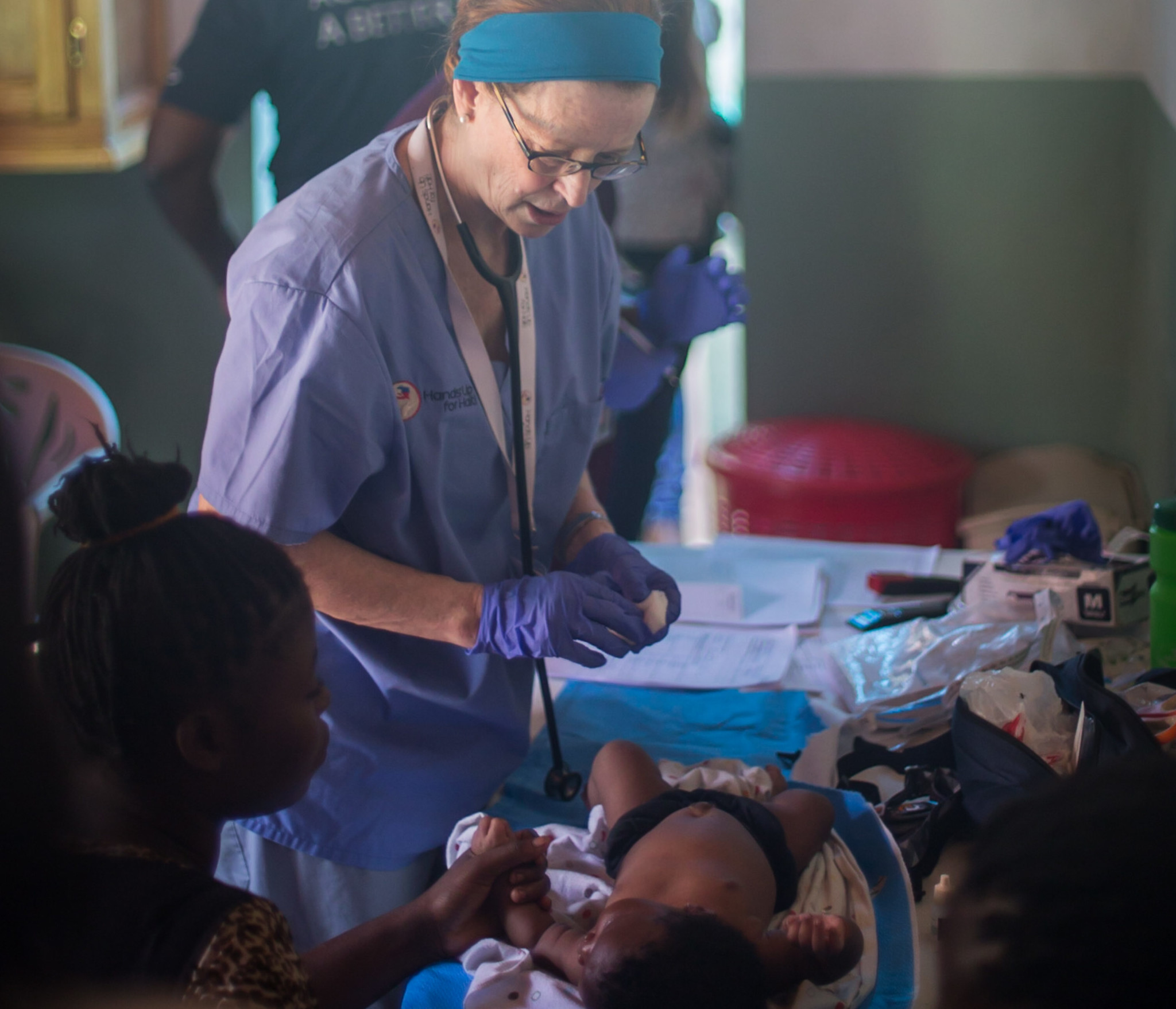 He was the last patient to be seen at the Shada Clinic that day. I sat in a crowded room finishing up with a family in front of me, but glanced over to the triage table and saw this baby sitting on his mother’s lap, breathing rapidly with his chest barreled out, knowing that shape to the chest represented a chronic lung problem. From where I sat, I could see through his frail body, his heart beating in his chest. He was the size of a six month old but he was one year old. His eyes were wide and alert. He reached for objects – so uncharacteristic of his tiny size, but appropriate for his age.

His mother gave a great history. He breathing was labored since birth, and it had gotten worse in the last two weeks. He was no longer able to rest and sleep at night, but continued to nurse frequently, in small amounts. He is in the malnutrition program, but not because he is not breastfeeding. I surmised that he is using all his calories just to pump blood to vital organs, and that his little heart must have a defect (probably a ventricular septal defect or a hole between the ventricles) causing it to work inefficiently — and now his heart is starting to fail.

The nurses at the clinic know this baby. They have told the mother that he needs surgery. They have tried to send him to get a complete blood count to check for anemia, but his mother never took him. She has no money to pay for the test. I think she knows how sick he is, and she is waiting for a miracle.

Without our intervention this day, he will die very soon. I explain this to this young mother, who says she has no money. I explain to her that I will call the hospital and that Hands Up for Haiti will pay the bill, using donations made to our Emergency Fund. The mother sits quietly. I think she may have realized that we might just be her miracle for her baby.

Using the Emergency Fund, HUFH has made arrangements with two local hospitals to pay the hospital costs for patients who we identify as in need of further treatment. Because of this, I am able to put this mother and child on a motorcycle for $5 US and send them to Sacre Coeur, where Dr. Previl, the head of the hospital, is waiting for him.

For me, this is the essence of the care provided by HUFH. There is more to medicine than just showing up and seeing patients. For all the patients we treat with common place infections of the skin, intestines and lungs, this baby is the real reason why we are in Haiti. Without us, this child has no chance. Today, we gave him a chance.

I am not sure what it will cost – IVs, medications, an echocardiogram, and probably open heart surgery is needed. But with our Emergency Fund we will be able to help this child and his mother. It is through our commitment that this child has a chance to survive.

As Samson Desamour, a native of Haiti who has worked with us since our first trip in 2010, said about being a part of this team:

“We all came from different places and became a team working to make lives better for people you don’t even know. Each time, I think about why the volunteers from HUFH come here – coming despite risks but because Haiti needs so much – maybe even not feeling that you make a difference – but you do, you save one life at a time. These patients you sent to the hospital for care will be saved because you came.”